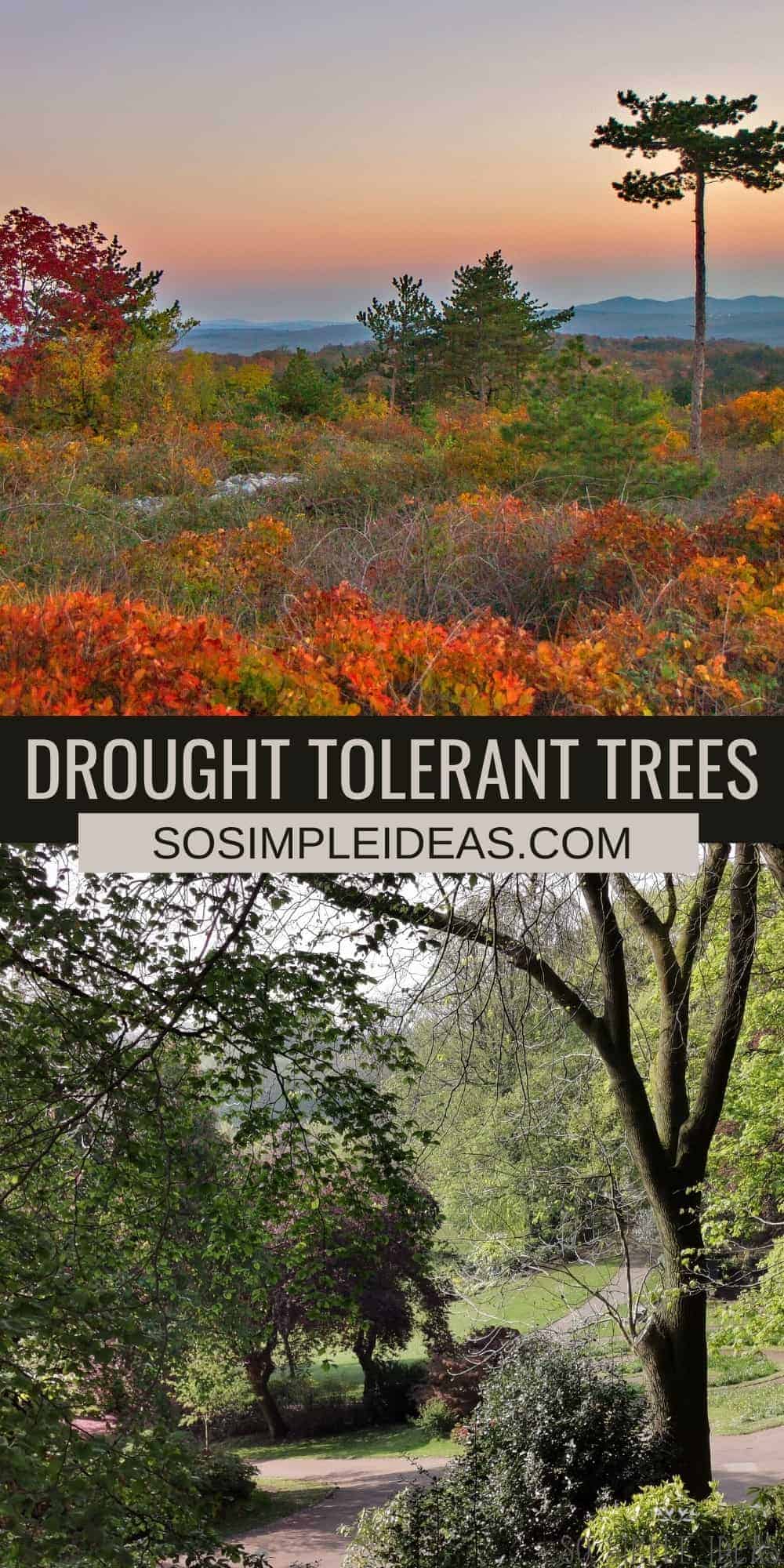 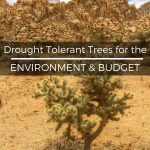 Does your yard get very little rainfall? If you’ve got a green thumb, consider planting some drought tolerant trees for an environmental friendly landscape.

In recent years, nearly 40% of the U.S. was in at least a state of moderate drought.

The nation’s most populous state, California, was able to emerge from a four-year dry spell. However, much of the Golden State has been considered to be in a moderate drought.

Even if you live in a state with adequate rainfall, you never know if dry times are right around the corner due climate changes.

Apartment dwellers might not feel the effects of scant rainfall as much as homeowners. If you’re in the latter category and like to garden, consider planting low water planting your best gardening hack.

If the area in which you live is ever faced with water shortage, your trees can suffer. That’s why you should consider landscaping with trees and other plants that are drought tolerant.

The best plants for your yard depends on where you live. The first step in determining what to plant for periods of dry weather is knowing what plant hardiness zone you’re in.

Don’t know which zone is home for you?

The U.S. Department of Agriculture has a handy online map. Average annual precipitation is not reflected in the zones. Rather, it’s the annual minimum winter temperature. The map itself contains divisions of 10-degree zones.

Obviously, Miami’s plant-hardiness zone will be different than Minneapolis.

But why is the annual minimum winter temperature a good indicator of how well a tree will do under dry conditions?

The short answer is, it’s not. The USDA plant hardiness zone doesn’t really factor precipitation into the equation. It’s more for determining if a plant will survive an especially cold night.

Nonetheless, the hardiness zone map is a decent indicator of how well a tree will thrive in a certain location.

Obviously, with 50 states, there are way too many areas to cover which are the best drought tolerant trees.

And according to Sunset Magazine, which covers the western region of the U.S., there are more than the 11 USDA zones. In fact, Sunset lists 24 climate zones in the western half of the country.

Therefore, it’s best to reach out to a local gardening expert. Or, make sure your Internet search is specific for your area. And don’t just list your state.

That’s especially true if you live in a bigger state.

In Southern California, for instance, there are over a half dozen climate zones. And it’s not enough to single out the city in which you live.

For example, if you live in San Diego, California, the region itself has more than one climate zone.

That being said, though, there are several trees that, in general, do well in long periods of little rain.

If you live in Northern Maine, can Sunset’s more accurate map tell you if California Buckeye will thrive?

Not that Maine is a dry state. However, the point is, that with climate change, who knows … someday it might be.

Moreover, it’s also good for the planet to conserve water … and good for your balance statement—drought tolerant trees save money on your water bill.

The answer to the question above is yes. Sunset’s map can tell you if a plant will not just survive in the winter, but thrive year-round.

And the good news is that despite the fact that Sunset’s content focuses on the western half, its climate zone map covers the entire U.S.

In addition, there are certain characteristics of low-rain trees. Ones with small leafs (say, oak trees) consume less water in comparison to broader-leaved species (cottonwood comes to mind).

Moreover, the leaves and branches (“the crown”, not to be confused with the Netflix original series) in species that are more upright rather than spread out are less water guzzling.

According to this gardening site, pine, elm, paperback maple, most oaks and elms as well as hickory and ginkgo fare well in drought conditions.

Keep in mind that some trees might do reasonably well in moderate dry spells, but not severe ones.

You also need to ask yourself how big the trees you want to plant will grow. Small trees still clock in at up to 30 feet in height. If that’s too high, consider just planting shrubs that can withstand little rainfall in any given year.

Ellen Zagory, Director of Public Horticulture at University of California at Davis’ Arboretum mentions other things to consider trees.

Zagory brings up a key point: drought tolerant plant roots will grow into surrounding soil. That means you have to pay attention to its moisture while the plant is still young.

In other words, just because a plant is drought tolerant doesn’t mean you can completely skip watering it.

Planting in fall; watering deeply and often during the first summer; and covering the soil with wood chips are a few tips Zagory recommends.

Species That Grow Well In The U.S.

Depending on which zone you live in, there are several species that can withstand long periods of scant precipitation.

As mentioned, California climbed out from a record-breaking four year drought last year. Albeit, maybe all too briefly.

Towards the tail-end of the state’s recent-most drought, the Los Angeles Times covered a dilemma.

Because of water restrictions, many of the regions plant species were at risk of dying from a lack of deep watering.

A tree expert in the article mentions that the majority of the roots are in the top 18 inches of soil. However, it’s only the top half-foot or so that takes in much of the water.

That’s why drip irrigation systems are the best for providing the trees with just enough water.

For the Los Angeles region, oaks, manzanitas and redbuds are the best drought tolerant trees.

Sycamores might look lovely and bucolic. But they aren’t really suited for very dry conditions.

According to this gardening education article, not all evergreens can withstand dry conditions. That may come as a surprise to some people.

After all, the thin needles don’t appear to require much water.

Crab apples can withstand little rain. So, too, can fig and elderberry trees. Jujube trees also require little rain. You may be familiar with them as Chinese dates. Almond and olive trees are all-star drought resistors.

This is by no means a comprehensive list of every single species that can survive a long dry spell. But it should provide enough ideas to get you started with your new water-saving garden and landscaping.

And saving water is one of the practical ways to save money.