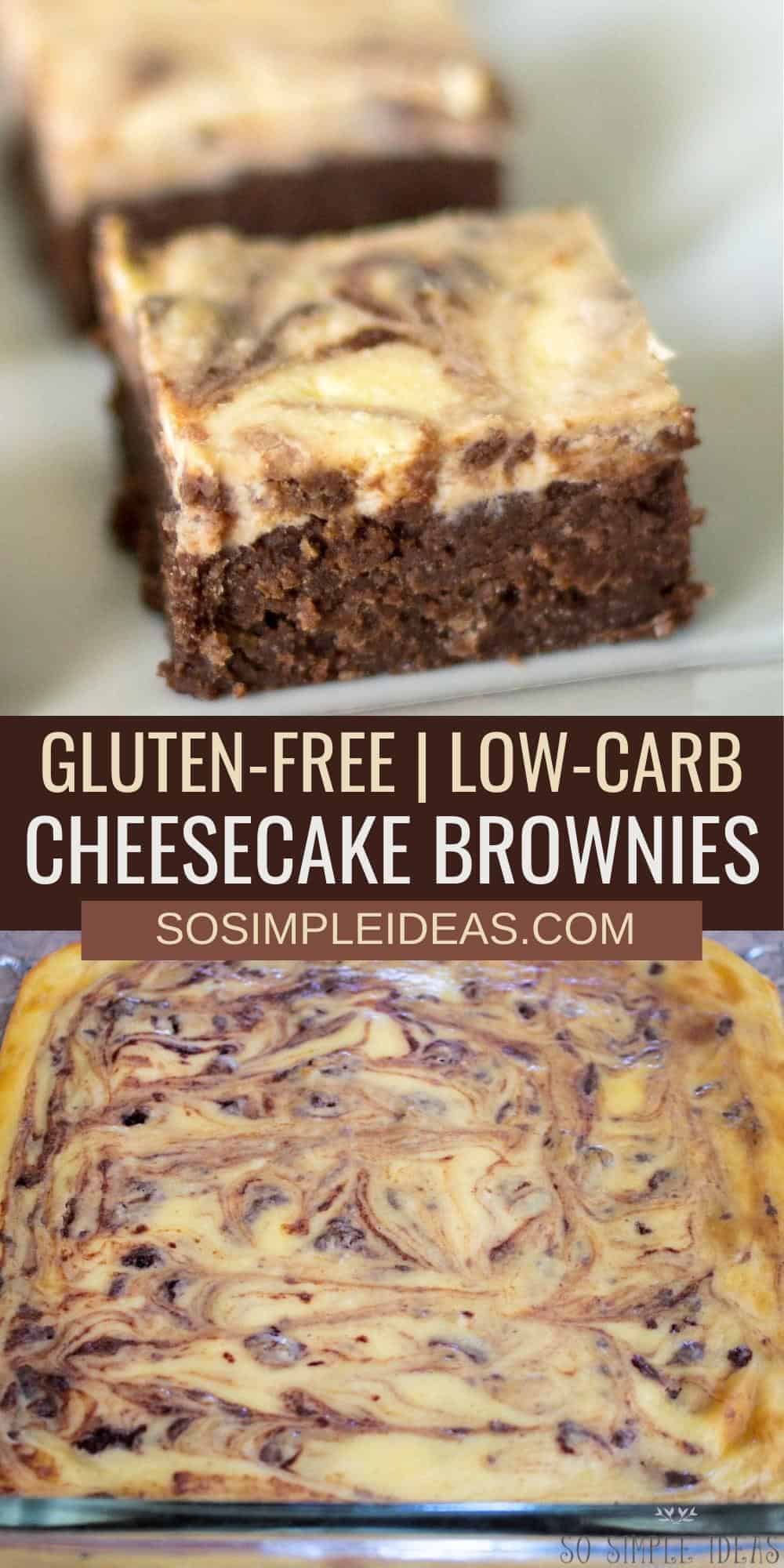 Are you looking for a delicious and decadent dessert that fits into your keto or gluten-free lifestyle? Look no further than these ultimate cheesecake brownies! They are sure to satisfy your sweet tooth!

Brownies are a classic dessert that has been around for years. There are many different recipes for cream cheese brownies, but this keto and gluten-free version is one of the best.

Why you’ll love them

These brownies are moist and chocolatey, and the cream cheese layer is creamy and delicious. The bars are perfect for any occasion, and they are sure to please.

This recipe replaces regular flour with a blend of almond flour and coconut flour to make it a gluten-free dessert. Using a low-carb sweetener instead of sugar makes these cheesecake brownies keto-friendly too.

The best thing is they come out perfectly chewy and chocolately every time.

If you do a lot of gluten-free or low-carb baking, you probably have everything you need right in your kitchen. Here’s an overview of what you need.

Unsalted butter is what gives the brownie base a moist and tender texture. It’s a better option than oil because it adds air into the batter.

Feel free to use any granular sweetener that you prefer. For a keto-friendly dessert, be sure to use one that is low carb.

A blend of almond and coconut flour is used to make the brownies low-carb. But if you aren’t following a ketogenic diet, you can replace the blend with another one-for-one flour substitute.

You’ll need a couple eggs to bind the ingredients together so they don’t separate while baking.

To give the bars the best taste, vanilla extract is added to both the brownie base and the cheesecake topping. A little salt in the brownie batter is used to enhance the chocolate flavor.

The recipe is simple to follow and yields excellent results. Just follow these simple step-by-step directions for the ultimate cheesecake brownies that are not only delicious, but low-carb and gluten-free too!

Combine the melted butter, brownie layer sweeteners, cocoa powder, vanilla extract, and salt in a large mixing bowl. Then whisk in the eggs before folding in the almond flour and coconut flour.

Reserve a quarter cup of the batter and set aside. Spread the remaining batter evenly into a greased or lined square 8-inch baking dish with a rubber spatula.

In a separate bowl, beat together the cream cheese, remaining granular sweetener, vanilla extract, and egg yolk together with a hand-held electric mixer or stand mixer until well blended. Pour cream cheese mixture over the brownie batter and spread in an even layer on the bottom of the square pan.

Drop small spoonfuls of the remaining brownie batter over the cheesecake layer and swirl in with a sharp knife or wooden skewer.

Bake until the cheesecake topping is set, about 30 minutes. Then allow to cool on a wire rack. Cut cool brownies evenly into squares.

Cheesecake brownies are a dessert that takes two classics and combines them into one amazing treat. This recipe is keto and gluten-free, making it perfect for those on a special diet or who have food allergies.

The brownies are rich and chocolatey, while the cheesecake layer is creamy and tangy. Serve them for dessert or share them at a party. They are sure to be a huge hit with everyone!

As a dessert, the decadent brownies taste great with a scoop of ice cream on the side and a topping of whipped cream. You can even drizzle on some hot fudge for the perfect indulgence.

Can cheesecake brownies be frozen?

These gluten-free cheesecake swirl brownies freeze well. Just thaw them in the refrigerator before serving.

How long will the brownies keep?

Because of the cheesecake layer, the brownies need to be stored in the refrigerator where they should keep for at least two weeks. For longer storage, place them in an airtight container in the freezer for up to 3 months.

What is the difference between cheesecake brownies and regular brownies?

Cheesecake brownies add a cheesecake-like batter to the top of the brownie batter before baking. They are typically denser and moister than traditional brownies.

If you like this cheesecake brownie recipe, you may want to check out some of our other easy low-carb and gluten free recipes. Here’s a few more of our favorite treat: 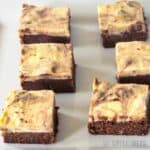 Customize with add-ins. By adding your favorite toppings or mix-ins, you can customize them to your own taste. Try mixing in chocolate chips to the batter or sprinkling them on top of the cheesecake layer before baking. Thin the reserved batter. If the brownie batter for the swirl is too thick, you can thin it with a little hot water or almond milk. A thinner batter is easier to swirl in. Do not over-swirl. Make big swirls to cover the entire top of the brownies being careful not to overdo it for best results. Add espresso powder. For a more intense chocolate flavor, you can add in a teaspoon or more of instant espresso powder. Use a brownie mix. To make this recipe even easier, you can substitute your favorite brownie mix for the homemade brownie batter.